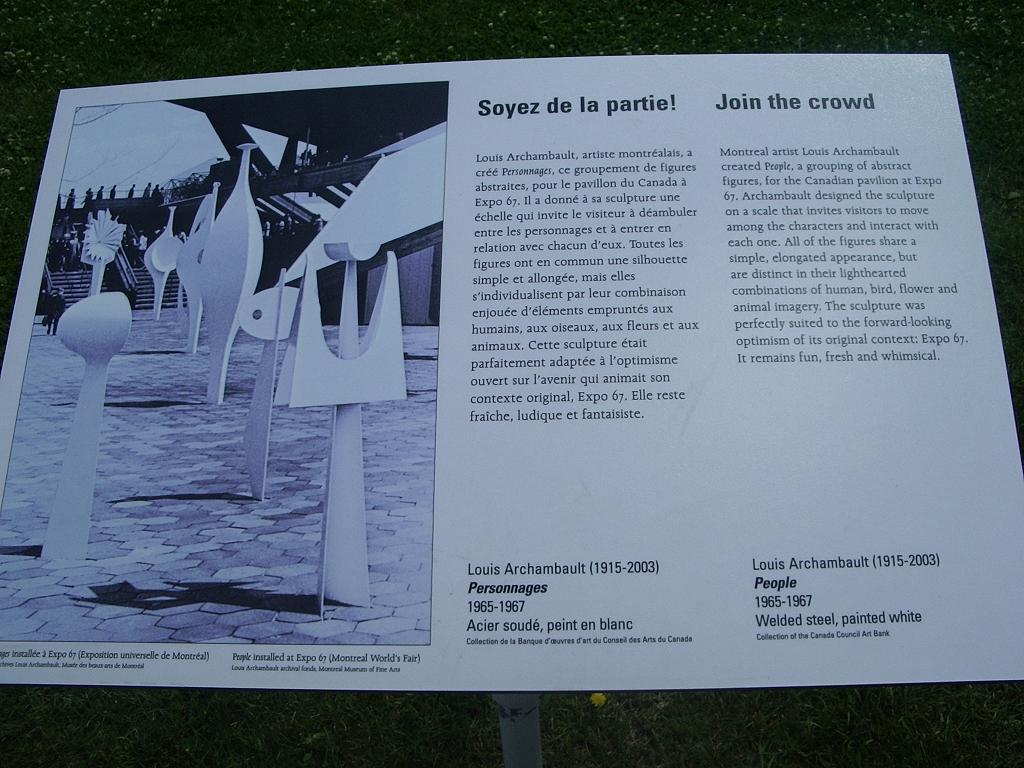 "People" sculpture from Expo 67 was installed on October 5, 2005 at the Canadian Museum of Civilization in Gatineau.  The 11 figures were named Sun, Moon, Angele, Woman, Philosopher, Pregnant Woman, Three Children, Poet and Family. Québec artist Louis Archambault was paid $30,000 by the federal government to create the sculptures. They were previously located at Elections Canada, the former home of the exhibition commission for Public Works on Coventry Road in Ottawa.