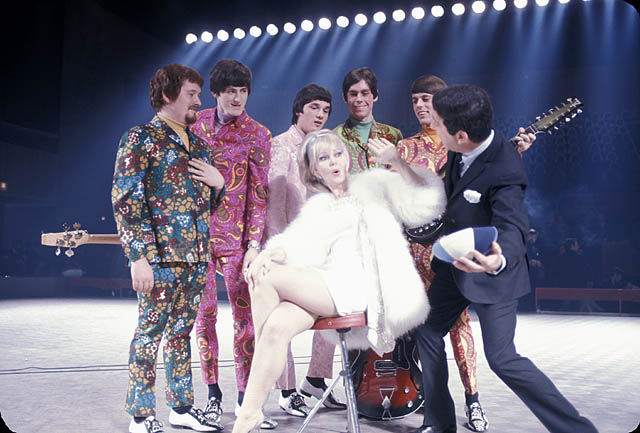 For the moment, the National Archives of Canada lists this image in their digital database as "possibly Russian folk musicians performing on stage."  But now thanks to Richard Massicotte of CBC Radio-Canada, he has identified the name of the group as being "Bruce et les Sultans"  originating the province of Québec.

"Bruce Huard, the lead singer, he is in the back, with the turquoise turtle neck," said Massicotte. "As for the lady, I wouldn't know. Could it be Petula Clark?"